The beginnings of the Evangelical Church in Shtip date back to the late 1980’s as part of the Evangelical Movement in the former Yugoslavia. A missionary couple moved from Belgrade to Shtip. They started a home group and later they bought a house, and on April 28, 1991, the first Sunday service officially took place. 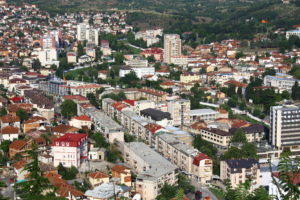