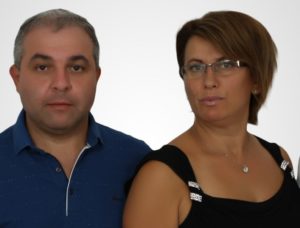 If you wish to support the work of Petre and Daniela Petrov in any way, please get in touch with the TEN office.

Petre is married with Daniela, and they have two sons, Ivan (born 1999) and Daniel (born2002).  He has enjoyed a long-standing business career, having successfully worked in managerial positions as production manager, technical director and general director.

In October 2018 he make step of faith and left his business career to go into full time ministry. His passion is to reach young people, to make disciples and to raise a new generation of leaders. Also to plant new churches and to reach the unreached for Christ.

Petre and Daniela, by the grace of God, have reached a large group of young men who were drug addicts. God has accomplished a great miracles in their lives. He released them and completely transformed their lives. Now they are a great example and testimony in the society and some of them are involved in church ministry.